Our reputation at Project Heating & Cooling is the result of over 50 years experience in installing, servicing and repairing residential and commercial systems in Kentuckiana. We recommend the HVAC industry’s best products; ones that provide long lasting, energy efficient operation and top quality performance.

We Are Louisville’s Trusted Heating and Air Conditioning Service Provider

We have been lucky to call Louisville our home for decades. We cherish our community and consider it an honor to serve as a trusted residential HVAC specialist to such a special place. After operating in Louisville for such a long time, we are extremely familiar with the local climate and weather patterns. We understand that in the hottest days of summer and the coldest days of winter, you need an HVAC system that you can rely on.

Your Project uniformed technicians will arrive in a company truck with just about everything needed to service your heating or cooling system. We are extremely confident in our trained and professional team. We know that when our work is done, you’ll tell your friends how professionally and thoroughly we did our job.

Our goal is simple — Make You Comfortable!

If you are in need of an inspection of your home or businesses HVAC system, contact us today. 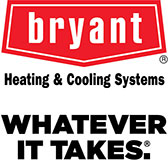 Project  was incorporated in 1964, by Clarence Castleman and Louis Hettinger. The original location of the company was off Manslick lane in Louisville’s south end. The start was very humble as they set up shop in an old chicken coop. That didn’t last long as they quickly grew and moved to the Industrial park in Jtown. Shortly after starting the company Clarence brought on both his son’s Ron and Jim Castleman. Today Project is transitioning to its third generation of being a privately held, family owned and operated HVAC company. It has been located on English Station Road for the last 30 years. Project’s campus includes 2+ acres, which houses 8,000 square feet of shop and warehouse space as well as 2,000 square feet of office space. In addition, there is a lower warehouse that is 6,000 square feet, which is used to store and stage for upcoming “projects”, both commercial and residential.

Project grew rapidly and by 1980 had grown to one of the most respected HVAC companies in Louisville. Residentially, they were installing between 800 and 1,000 single and multi-family homes per year. Project then added a commercial construction division along with engineers that designed commercial HVAC systems. The addition of commercial construction came with its own set of challenges, but none that couldn’t be handled. The addition of Terry Stewart to oversee the commercial design, estimating, and sales effort began a long term relationship with some of the most well-known Louisville architects, engineers, and general contractors.

By the early 90s’ one of the founding fathers of the company, Clarence, had passed away and shortly after that Louis Hettinger stepped away from running the business. Ron and Jim Castleman assumed full ownership by the early 90s’ as the second generation of ownership.

By the early 90s’ the company had grown and expanded  to just over 100 employees. The company had not forgotten its construction roots. With still a heavy focus on construction, the industry itself was seeing a transformation into demand service. Project’s service and replacement department began to grow rapidly to keep pace with the ever changing demand of service and repairs.

Today Project employs 95 people and is a key part of the HVAC industry in Louisville.